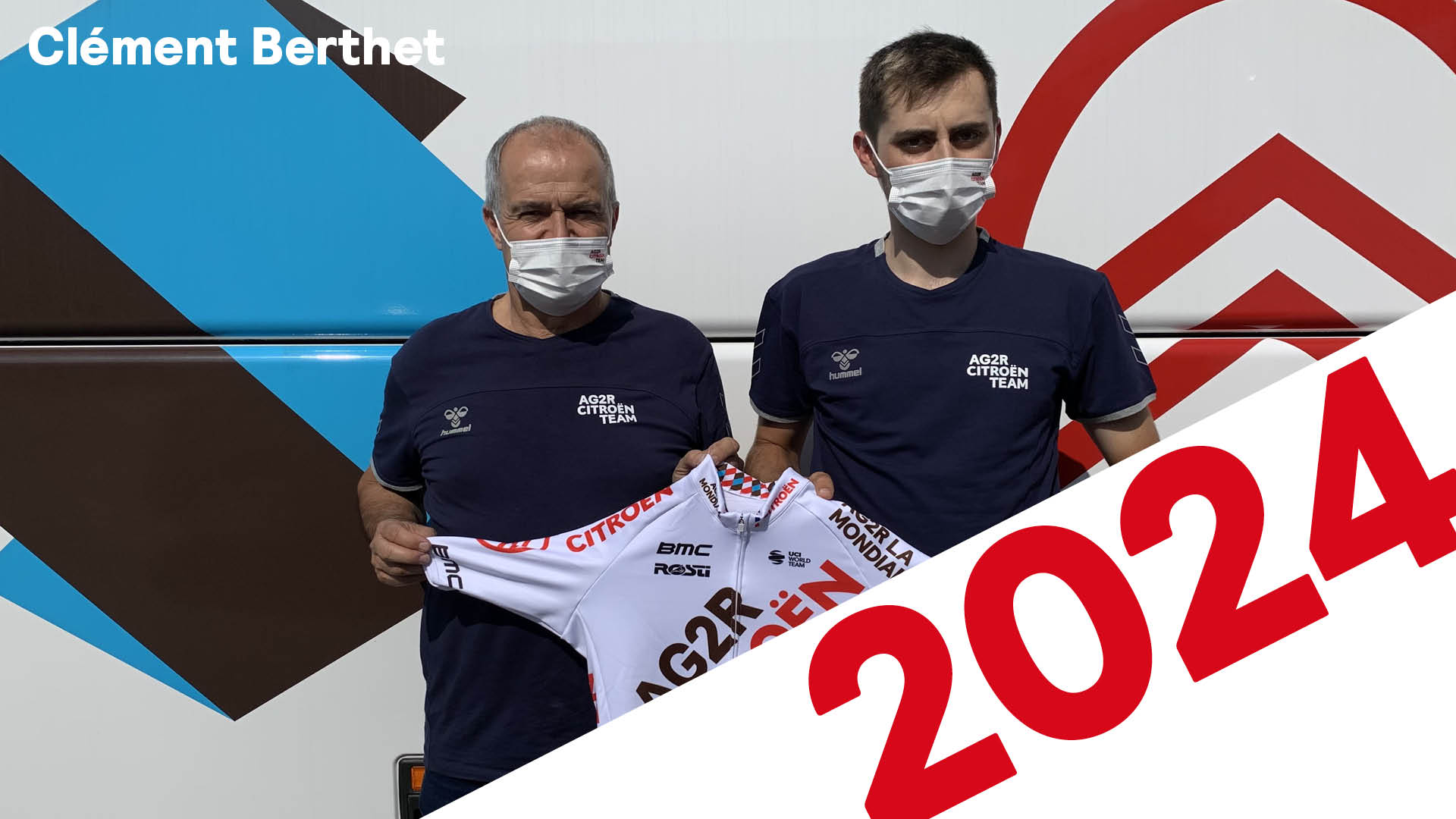 « If you had told me at the start of the year that I would end up on a WorldTour team, especially at AG2R CITROËN, I wouldn’t have believed you. It’s a legendary team, a big name in the peloton, and I’m really very happy. I am grateful to the Delko team for giving me my chance and allowing me to join AG2R CITROËN in the middle of the season.
I am a mountain biker and this is my first professional year on the road. I consider myself a climber who packs a punch. I also like time trialing. I will be able to rely on very experienced riders and staff. It will allow me to improve very quickly. I can’t wait to wear my new colors.»Clément

Vincent Lavenu : « A great talent to work with. »

« We worked closely with the rider, his agent, and his team to make this transfer in the middle of the season. Clément Berthet is a very versatile, young, and talented climber-rouleur. He doesn’t have a long history on the road but has already shown great things. He’s a big talent to work with, and we’re happy to welcome him.»Vincent

Clément Berthet is the third recruit that the AG2R CITROËN TEAM has announced following the two AG2R CITROËN TEAM U23 riders Paul Lapeira and Valentin Paret Peintre who have signed for two and three seasons, respectively, beginning on January 1, 2022.

Debut at the Tour de Pologne

Clément Berthet will make his debut for the AG2R CITROËN TEAM at the Tour de Pologne (August 9-15).