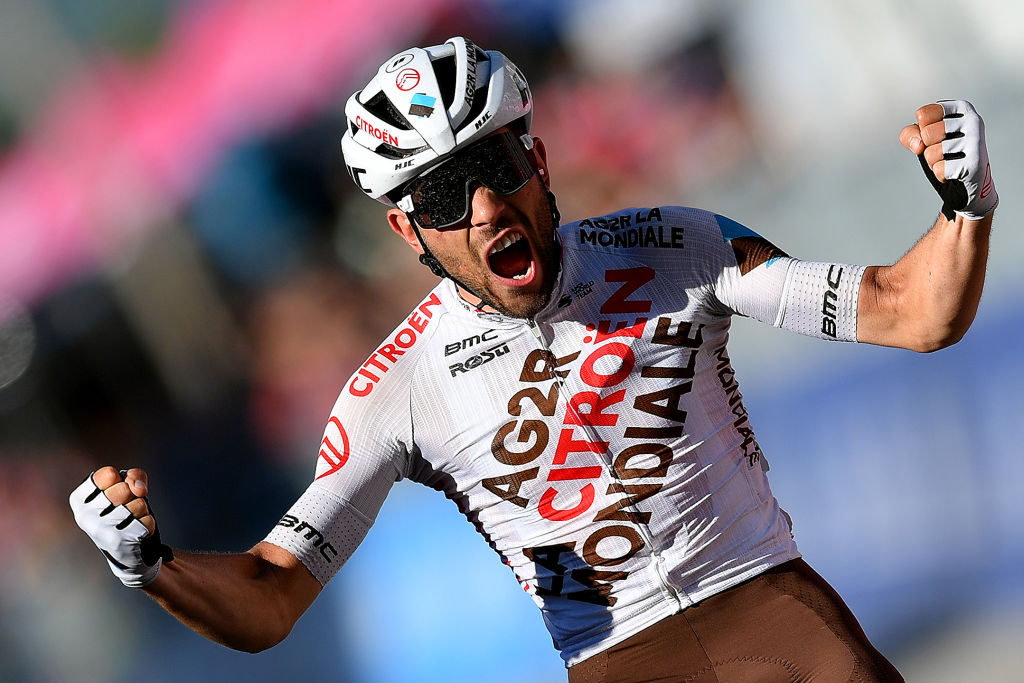 Andrea Vendrame: «This means so much»

« This is my first victory at the Giro d’Italia and my first with AG2R CITROËN TEAM, it’s just amazing. I am Italian, and I’ve won a stage in my national tour. It’s the biggest day of my career. The first goal of the day was to take maximum points for Geoffrey in the King of the Mountain classification. Then at the end, I knew I needed to anticipate the final climb if I wanted to make the selection. I saw that I could win. When I attacked, Geoffrey spoke to me on the radio; he encouraged me. This victory is also for him. Now another Giro begins.We have won a stage, and now we will do everything we can to do it all over again.»

In addition to Andrea Vendrame’s stage win, we also won the team classification for the 12th stage.

Having taken 6th on the stage (his best finish this season and in the UCI WorldTour), Geoffrey Bouchard increased his lead in the King of the Mountains points. Ahead of the 13th stage, which has few difficulties, he now has 96 points. “I’m so happy with Andrea’s victory. We really get along very well and we frequently room together. Being in the breakaway gave me the chance to gain more points. Milan is a long way off, so I’ll still try.”