Officially presented today in Paris, the AG2R LA MONDIALE cycling team looks back on its rider recruitments, the teams results from the 2019 season, their partnerships, and the goals for the coming 2020 season.

The AG2R LA MONDIALE team has been reinforced with the arrival of four riders with different profiles that range between wide experience and youthful investments in the future. These recruits, in the wake of a successful 2019 season, should make it possible to take new aim at the spring classics with the hope of winning one of the Monuments of cycling, before turning the attention to success at the stage races.

Having won two races on French soil in 2019, and possessing a nice turn of speed and undeniable punch, the Italian Andrea Vendrame enters the UCI WorldTour with the intention to shine. He will be an important asset for one day racing as well as at stage races.

A professional since 2017, Lawrence Naesen joins his brother Oliver on the team. He too dreams of the cobbled classics and will reinforce the group for the Flandrian classics.

Twenty-five-year-old talent Harry Tanfield will bring his expertise in time trials and will also complete the squad for the Flandrian classics.

Having taken 4th at the Tour de l’Avenir, Clément Champoussin will join the professional team on April 1, 2020. The climbing abilities of the young rider from Chambéry Cyclisme Formation will be an undeniable asset during the most difficult events.

The AG2R LA MONDIALE team has 11 riders from Chambéry Cyclisme Formation, which comprises more than 1/3 of the squad (38%).

Punctuated by an aggressive temperament throughout the year as well as two podiums at the UCI WorldTour Classics, the 2019 season was highlighted with 14 victories, including:
• A stage victory at the Giro d’talia for Nans Peters.
• The King of the Mountains jerseys at the Tour de France and Vuelta a España for Romain Bardet and Geoffrey Bouchard, respectively.
• Five victories for Benoît Cosnefroy including the overall classification of the Tour du Limousin Team spirit and combativeness were the guiding principles of the 2019 season.

“The 2019 season has allowed Oliver Naesen to get even closer to the best classics racers. He showed exemplary consistency and mental strength. He is capable of taking a very big victory, and we will support him in order to achieve this common goal. The 2019 season also saw the emergence of alumni
of the Chambéry Cyclisme Formation with Benoît Cosnefroy and his five victories, as well as Nans Peters who put on a display of a great athletic performance on the roads of the Giro d’Italia to win his first professional victory. And Geoffrey Bouchard, in his first year as a professional, was the revelation at the
Vuelta a España finishing with the King of the Mountains jersey. He is in fact the first rider from our team to have stood on the final podium at the finish of the Vuelta. Of course, I am also thinking of the courage and self-sacrifice shown by Romain Bardet, the King of the Mountains at the Tour de France. This jersey crowns our consistency at the Grande Boucle, but it especially illustrates Romain’s strength of character. It’s a strength that enabled him to get up when others would have given up, and which, I am sure, will guarantee him great success ahead. I note finally, the tremendous solidarity of the entire team throughout the season, which make these individual
performances collective victories. While we are entering the 29th season of our history, there are still many beautiful pages to write. The new recruits for the 2020 season will allow us to work in continuity with a harmonious and hard-working group. This continued progress through the seasons is only possible with the faithful and fraternal support of a partner like AG2R LA MONDIALE, which will be our sponsor for the 24th season. We work together daily with the common belief that the greatest success are at hand. Over the years, we have built a mature, strong, and united group.

We are ready to take up new challenges at the classics, but also at the Grand Tours with our leaders, Romain Bardet who will race the Giro d'Italia for the first time, and Pierre Latour who will be our leader at the Tour de France. The AG2R LA MONDIALE team has all the resources to take control of tomorrow!”VINCENT LAVENU 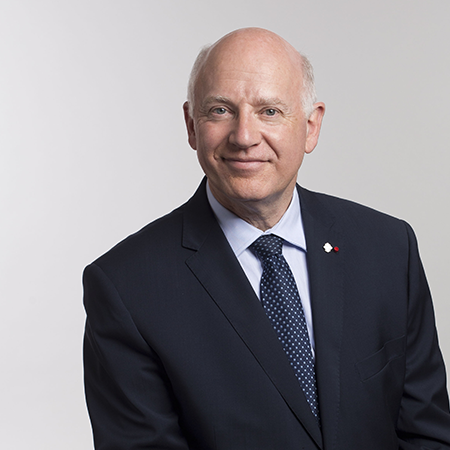 “As the seasons go by, I can’t help but be bewitched by Vincent Lavenu and his team’s combativity and desire to permanently better themselves. They show great traits of solidarity and faultless tenacity to put together some great performances, whatever difficulties they may face. For all the employees and directors of the Group, they represent an embodiment of the values which drive us and which we hold so dear.’ANDRE RENAUDIN

‘After a 2019 season that once again buzzed with emotion, we can’t wait for the beginning of the 2020 season so as to accompany and support our riders during the upcoming pro cycle races. I wish them all the best, hoping that they will bring our colours further victories!’

Partners for the coming season

The team benefits from long-term support, and more specifically the partnership with AG2R LA MONDIALE, which was initiated 23 years ago. Riders will wear EKOÏ helmets for the 9th year, and Bollé sunglasses for the 6th season in a row. The collaboration with the Mavic brand of wheels will be in its
4th year, while the partnership with Rosti for the cycling clothing, in place since the 2018 season, has been extended until 2021. Levi's equips the coaching staff and riders with daily casual clothing for the for the 3rd year. The AG2R LA MONDIALE team begins its second season collaborating with the brand Eddy Merckx Bikes.