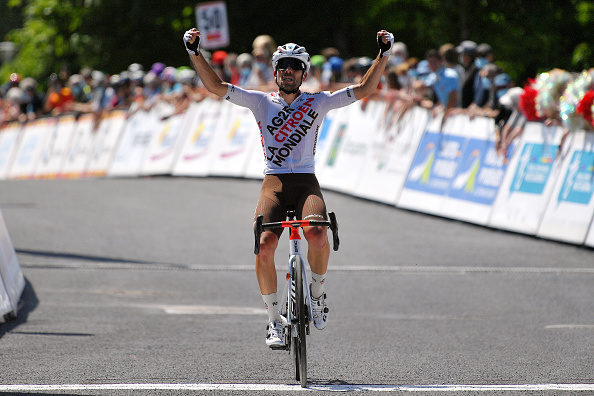 Andrea Vendrame: « The Giro has freed me»

«I saw the profile of the race yesterday and I knew it could suit me. It was a grueling stage and there was a lotto do. When I attacked, it was a big effort until the finish and I’m really happy to win. The Giro has freed me. I’m more relaxed since I won there. For the second time in my career after 2019, I have now won two races in oneseason. I hope my good feelings will continue until the Italian Championships. But in the meantime, we still have three great stages to attack. The team is doing really well; we can be ambitious.»Andrea

Andrea Vendrame’s victory is the fourth for the AG2R CITROËN team this season. The Italian rider has also won the 12th stage of the Giro d’Italia. Before him,
Aurélien Paret-Peintre won the Grand Prix de la Marseillaise and then Benoît Cosnefroy raised his arms at the Tour du Finistère.

Leader of the individual and team classifications

Andrea Vendrame’s victory gives him the opportunity to don the leader’s jersey for the Route d’Occitanie (as well as the points jersey). Then with Tony Gallopin’s 7th place and 11th place for Clément Champoussin, we also lead the team classification.