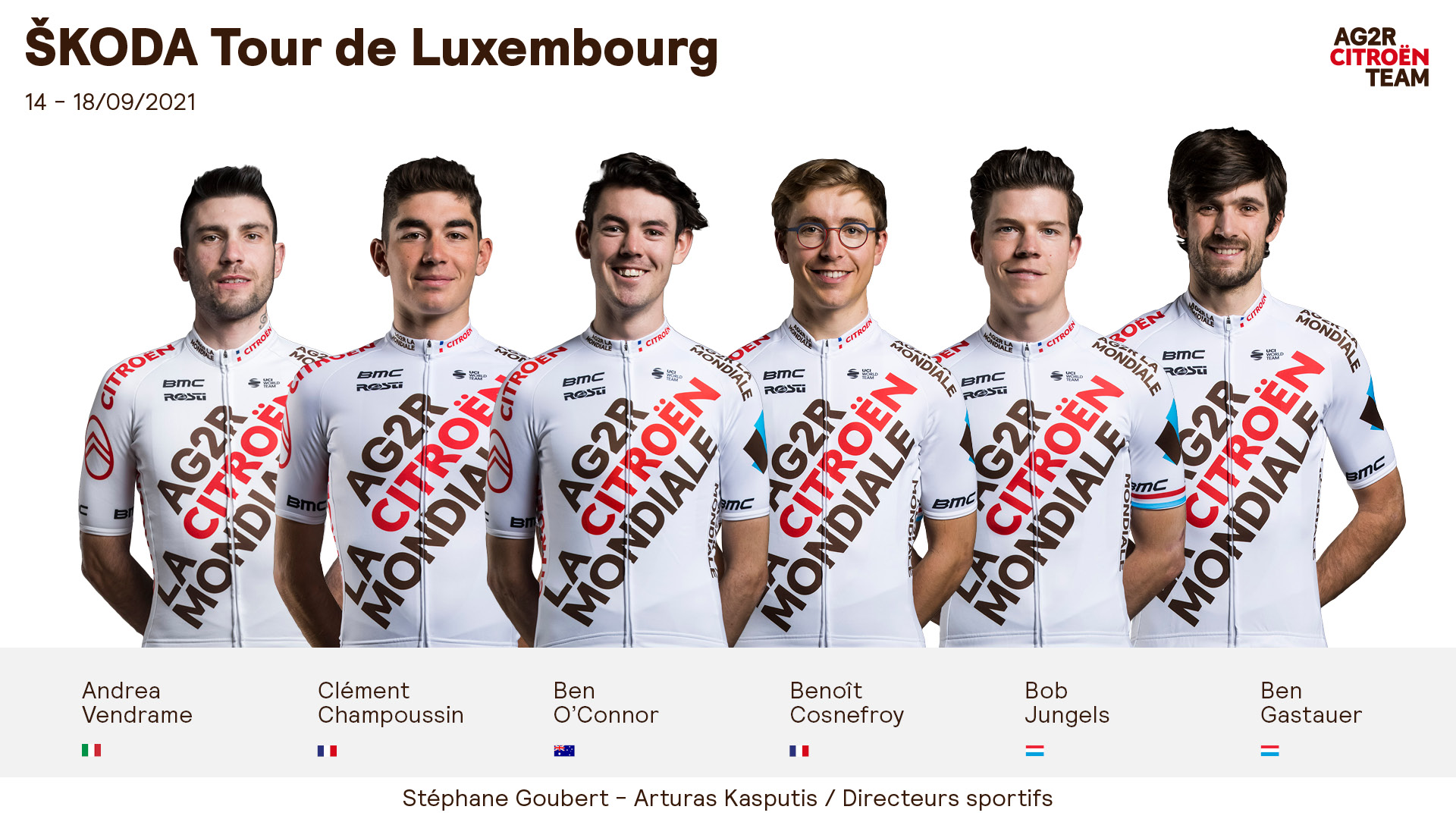 Ben Gastauer: « Make the most of these last days of the season. »

« My pelvic floor problem is still hampering me a bit, but I have given everything I can to be at the start of this Skoda Tour de Luxembourg. I am very happy to be able to pin on a bib number again, especially at home. It feels weird to know this is the last race, but I can’t wait to ride my roads, in front of the fans, my family, and my friends. The chapter will end but that’s how it is, another will open afterwards. I intend to make the most of these last few days wearing the AG2R CITROËN TEAM jersey and especially at the finish line with my family.»Ben

After 12 professional seasons with the AG2R CITROËN TEAM, from 2010 to 2021, Ben Gastauer will end his career at the finish of the Skoda Tour of Luxembourg. He also spent 2009 at Chambéry Cyclisme Formation, the training center of the AG2R CITROËN TEAM. He has won three professional races (Luxembourg time trial champion in 2012 and winner of a stage and the general classification of the Tour du Haut Var in 2015).

Bob Jungels is back

On June 23 and 25, Bob Jungels underwent surgery on his lower limbs to treat the external iliac endofibrosis which had been crippling him. Now he will return to competition at the Skoda Tour de Luxembourg.
“I can’t wait even though I know I might have some tough times. I went eight weeks without doing any sport and I started from zero. It’s a nice gesture to start again in my home country even though there aren’t many easy stages. In any case, my sensations during training are positive. Above all, I want to get back into competition without asking any questions,” Bob Jungels said.