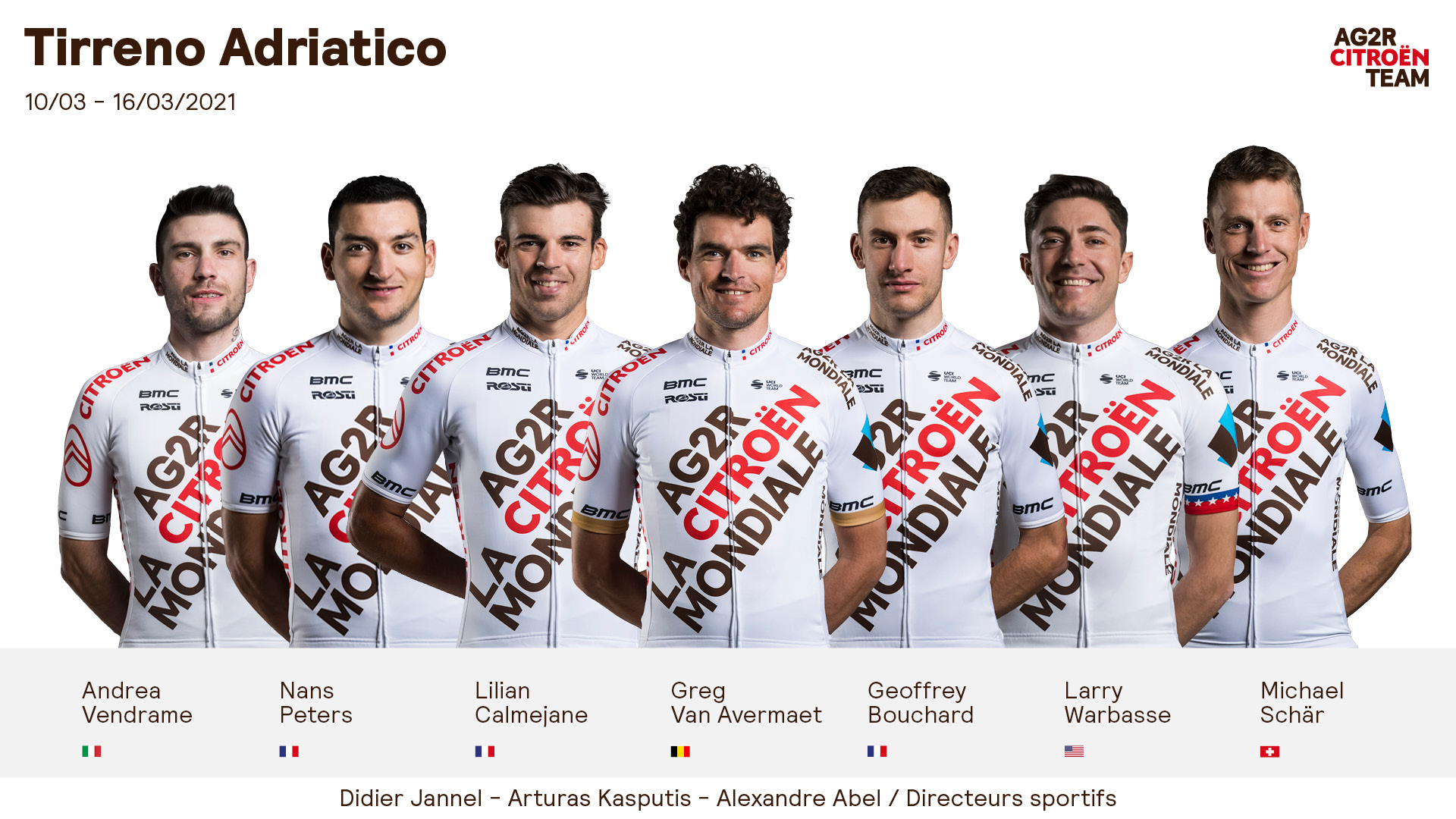 MICHAEL SCHÄR : “Motivated to show what I can do.

“I was very happy to race wearing my new colors around Provence with the AG2R Citroën Team. My early season was then modified a little compared to previous years because of the arrival of my first child at the end of February.
I like racing in Italy. I feel fit, with a lot of freshness. I want to show my new team that I am present and ready to perform. Greg van Avermaet has already won the overall ranking of Tirreno Adriatico in 2016. This year, there are stages for puncheurs that definitely suit his capabilities. We will also be looking to support Andrea Vendrame for the sprints. For my own personal ambitions, I’d love to seize the opportunity to slip into a breakaway on one of the stages with a hard finish.”
“MICHAEL SCHÄR

Damien Touzé finished 13th of the first stage of Paris-Nice which ended in a sprint. The rest of the AG2R CITROËN TEAM finished safely in the pack. "It was a rather complicated arrival up a false flat. The sprinting level is pretty high here, and it was my first sprint since the Tour de Poland last season. So I have to find my place again. I am pretty satisfied,” Damien Touzé said.

Michael is the happy dad of a little boy named Oskar. After racing the Tour de la Provence, Michael returned to racing this Saturday during the Strade Bianche.