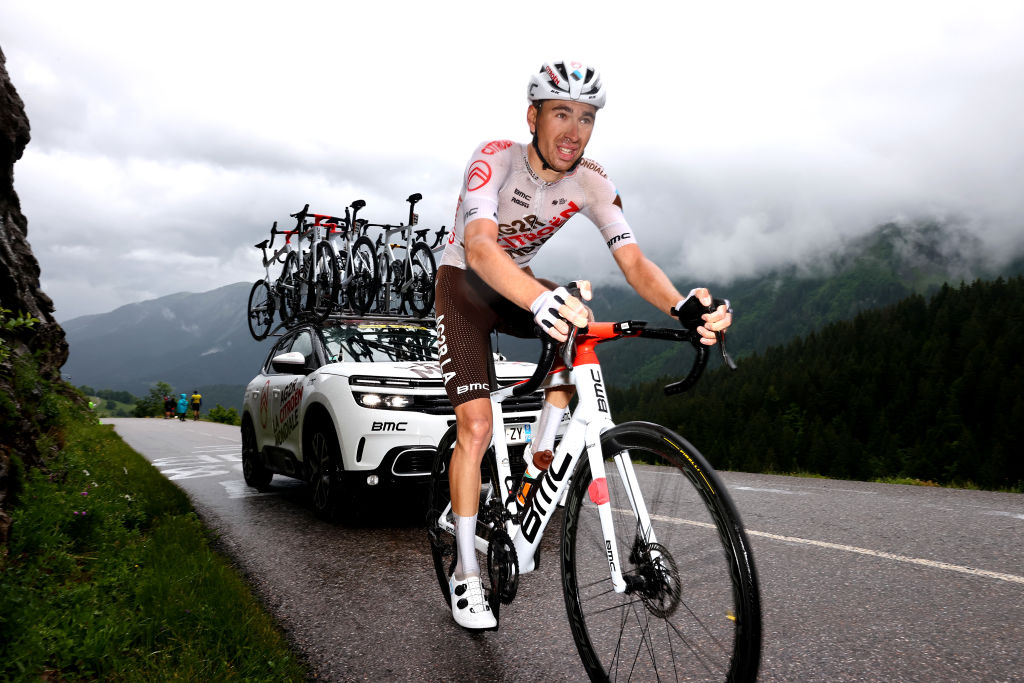 Aurélien Paret-Peintre : « It was all mental »

«It was a crazy stage. It took 80 kilometers of brawling before the breakaway formed. I was a little lucky. I put in one effort, and it was the right one. Then, the Romme-Colombière combo was really hard, so everything came down to mental strength. I’m happy to have been up front, at home, racing on my roads. Tomorrow will be another hell of a stage, certainly, the weather conditions will again be difficult. We will have to go back into battle. »Aurélien

Thanks to his performance for the day, Aurélien Paret Peintre moved up 19 places in the general classification. He is now in 13th place. He is 4th in the best young rider classification. Ben O’Connor, 18th on the stage, climbs fifteen places to 14th overall. “I am satisfied with my day. The stage can be summed up in one phrase: “Very difficult”. The start was impossible to control. I gave my best in the final to finish well. This Tour de France has been crazy,” Ben O’Connor said.

Third in the stage team classification