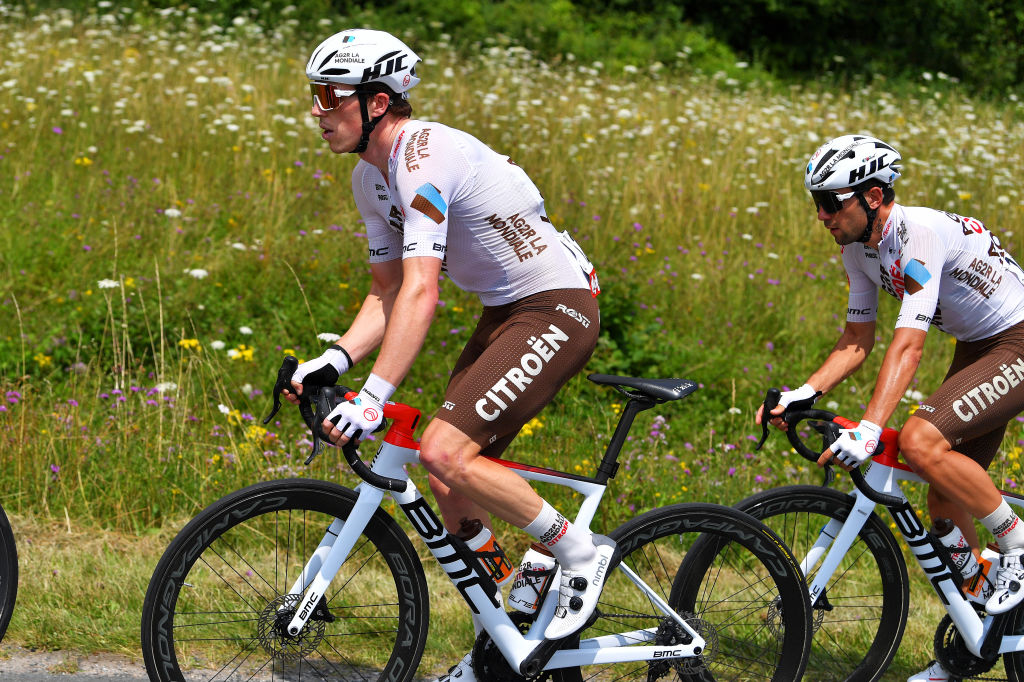 Stan Dewulf : « Happy with my condition »

«I returned to racing at Tour de Wallonie after having not raced since June 20 at the Belgian Championships. I did do a three and a half week training camp in Livigno (Italy), but I still did not expect to have this condition after such a long period of training. I finished this Tour de Wallonie only 4 seconds from the overall victory; it’s a little and a lot at the same time! I might have needed a harder stage to try something, but that’s it. It’s motivating for the rest of the season. I will participate in the Arctic Race of Norway (August 5-8) before the Vuelta a Espana (14 / 08-05 / 09). This will be my second participation in a three week tour. I hope that it will help me to be in good shape for the end of the season events, especially Paris-Roubaix.»Stan

Having joined AG2R CITROËN TEAM at the start of the season, Stan Dewulf has just posted his best result so far wearing our jersey. He has not stood on a stage racing podium since his second place in the Tour de Bretagne in 2018.

Stan Dewulf also finished the Tour de Wallonie in second place in the youth classification. Alexis Gougeard finished third in the king of the mountain classification. He was also crowned the most aggressive rider of the first stage.