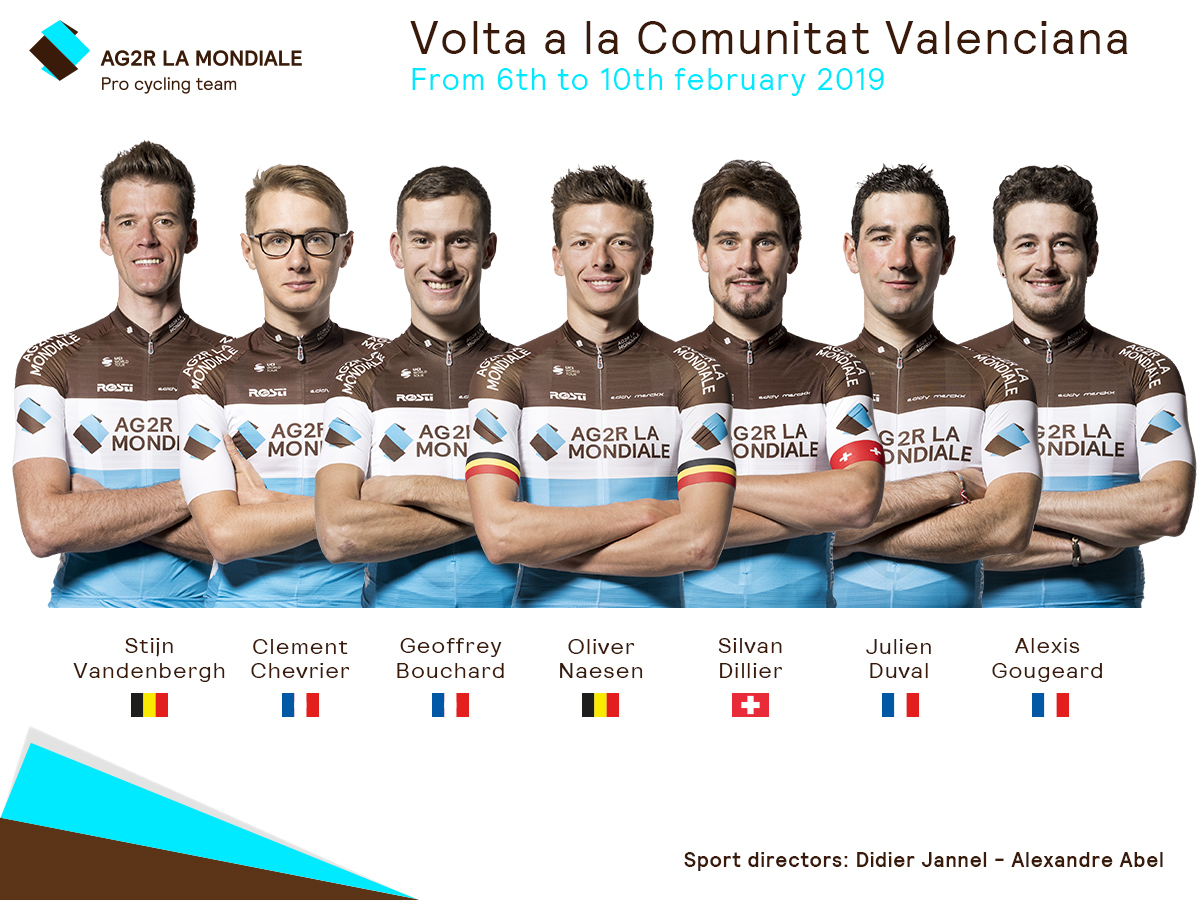 Oliver Naesen : Every classic will be like a world championship

“I had a very good winter, but now I’m looking forward to racing again. That way you can quickly erase any questions about your form because the training is never the same as competition.The goal of my winter preparation was to make further progress. I had a big month in December, then rested during the holidays before doing heavy workloads in January. I have been a little quieter for the past few days so that I can attack the races feeling fresh. Since January 1st, I have ridden 3,700km. I am coming to Valencia with a lot of desire to do well because I have missed racing. I want to succeed in my classics campaign with the sole objective of winning one, starting with the Omloop Het Nieuwsblad (March 2). I do not want to miss my chance. Each classic will be like a World Championship.”
OLIVER NAESEN

Geoffrey Bouchard will be in Spain for his first race as a neo-pro on the AG2R La Mondiale Pro Cycling Team.The 2018 Amateur Champion of France, Bouchard raced on our team as a stagiaire for the second half of last season.

Though he will start his cycling racing season at the Tour du Haut Var from February 22nd to 24th, Romain Bardet has already pinned on his first bib number in 2019…in cross-country skiing. On January 27th he raced at the La Chapelle-des-Bois in the Jura 'Envolée Nordique', as a member of a two-man team. He and his teammate finished in 24th place.